Fireside chat in the Estonian Embassy

Fireside chat in the Estonian Embassy

We are very excited to restart our fireside chats after a covid hiatus. This impact group is an opportunity for members and friends of IFAIR to take part in open discussions with diplomats from all over the world– discussing bilateral relations with Germany, chatting about diplomatic life, and critically debate controversial policy decisions.

On October 19th, 2022 Estonian ambassador to Germany, Alar Streimann, and the Estonian Embassy hosted IFAIR and 25 interested students and young professionals in an informal and friendly environment. After a short introduction to current Estonian politics and history from IFAIR co-director for Eastern Europe to Central Asia, Lance Bradley, Ambassador Streimann provided a detailed look into foreign policy challenges for Estonia before the floor was opened up for discussion.

Many attendees knew something about Estonia already, but also gained new insights about Estonia’s role in the EU and how strongly Estonia supports Ukraine. Participants were also able to learn about diplomatic life in Berlin and some historical developments of the Estonian diplomatic service following the re-establishment of Estonian independence in 1991.

During the event, all participants could enjoy the ambience of the beautiful Estonian Embassy, one of the oldest in Berlin continually used by the same country. Furthermore, the embassy had many examples of Estonian artwork for participants to enjoy both before and after our joint discussion with the ambassador.

For information about upcoming events like this, keep an eye on the IFAIR website and our social media! Big thanks to the Estonian embassy for hosting us and helping us kick off the new “Fireside Chat” series! 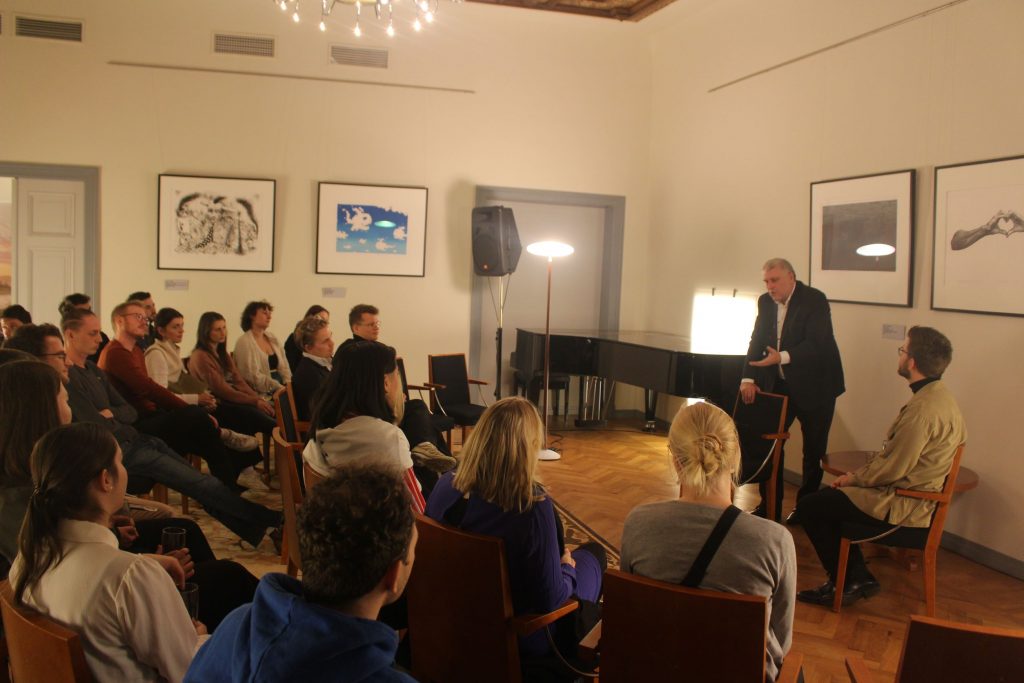