Memory as a Tool of Change

In view of the crisis in European-Russian relations, an exchange within civil society is more important than ever. Through direct exchange, it may be possible to establish a “people’s diplomacy” (Lew Kopelew) that achieves sustainable change in Germany and Russia to re-establish the traditional relationship between both regions which had been based on friendship and mutual understanding.

What is this project about?

In the spirit of the idea of mutual exchange, we are inviting 13 students from Russia (Khanty-Mansiysk) and Germany to jointly make experiences regarding the issues of remembrance, responsibility, and future. How does Germany commemorate the crimes of National Socialism? What cultures of remembrance are prevalent in Germany and Russia, and which blind spots prevail until today? Those questions will be addressed in our project “Memory as a Tool of Change: Lessons Learned from Germany”. Within an eleven-day programme (1 to 13 March 2016), we will occupy ourselves with the political reappraisal of National Socialism and Stalinism, and will introduce the Russian students to the German culture of remembrance.

During the first week of the event, the students of both countries will participate in guided tours through Berlin and attend a two-day seminar at Viadrina European University. The joint programme will be concluded on 7 March 2016 with a panel discussion on the linkages between culture of remembrance and foreign policy. In the second week, the Russian students will conduct a field trip to Sachsenhausen National Memorial.

What do we want to achieve with this project?

On the one hand, we will investigate how the German culture of remembrance could be applied on dealing with forced migration and GULag in Western Siberia. On the other hand, we will address blind spots in the German reappraisal of National Socialism. As the active exchange is supposed to be paramount, the Russian guests from Yugra State University will be hosted by students and other interested Berliners. The programme will provide ample opportunities for getting to know each other through joint excursions, evening lectures organized by the participants as well as a cultural programme.

Members of the Impact Group

Who are our partners? 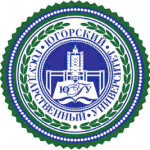 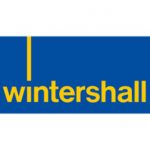 We are grateful for the support of Yugra State University, Viadrina European University and Wintershall Holding GmbH.